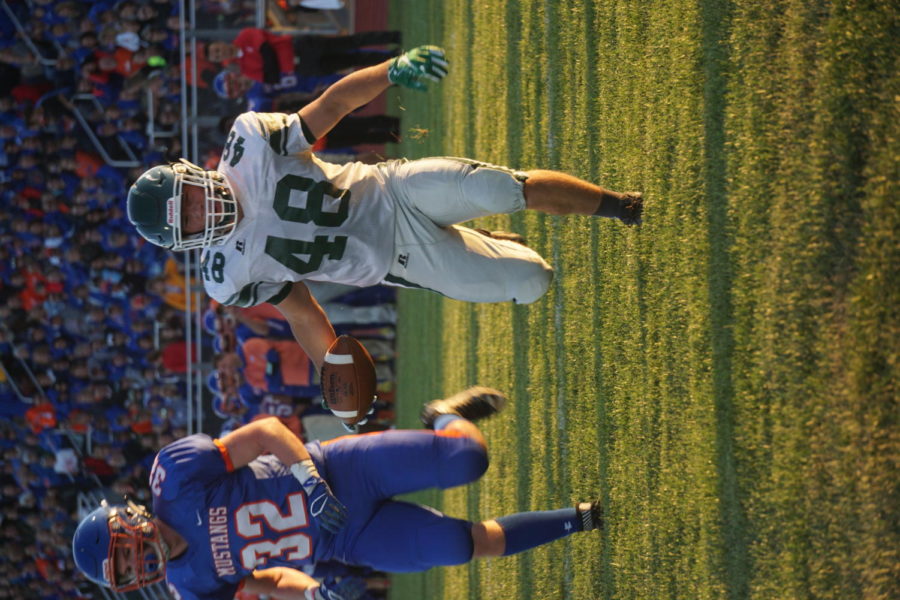 The Packers are heading into their second consecutive postseason undefeated. They finish the season 6-0 in the Eastern Dakota Conference and 10-0 overall. However, postseason is a different story with teams facing elimination by just losing one game.

Assistant coach Nathan Knudsen has been with the program for the last 17 years. He believes that the team has to take each game one at a time.

“Going into the postseason during the regular season you look game to game and you hope to keep improving then finish up the season,” Knudsen said. “There are a lot of schools that are putting away equipment so we are still happy to be alive.”

The Packers are the top seed out of the EDC. Junior Brandon Steinhauer thinks the team has to be level headed heading into the future games.

“We need to just stay level headed and come ready to play and most importantly play together as a team,” Steinhauer said. “I’d say that there is definitely an amount of pressure on us,  but we are confident in our ability to play as a team and focus on one game at a time for the postseason.”

Senior Jared Franek is one of the people that have helped the team with their winning streak this year. He feels that each team brings something new to each game.

“Every team brings a new challenge but we practice all week to prepare for that and we played them earlier in the year so we have an idea of what t o expect,” Franek said. “Everyone is better later in the year so we just have to get better every day and get a step ahead.”

The Packers are looking to staying alive in their semi-final matchup tonight. Senior Eli Gulland feels that the end goal close and that they have to keep working for it.

“Towards the end of the year my teammates and I start to work harder than we have all year to do the best we can everyday,” Gulland said. “The biggest challenge, in my opinion, is staying focused and not letting ourselves stop improving.”

Tonight they host Bismarck High, the second seed out of the West. The Packers beat the Demons, 41-0, in the second game of the season.

“Playoffs are more important since every game counts, with single elimination it only takes one bad game to finish our season so we know what’s at stake,” Steinhauer said.