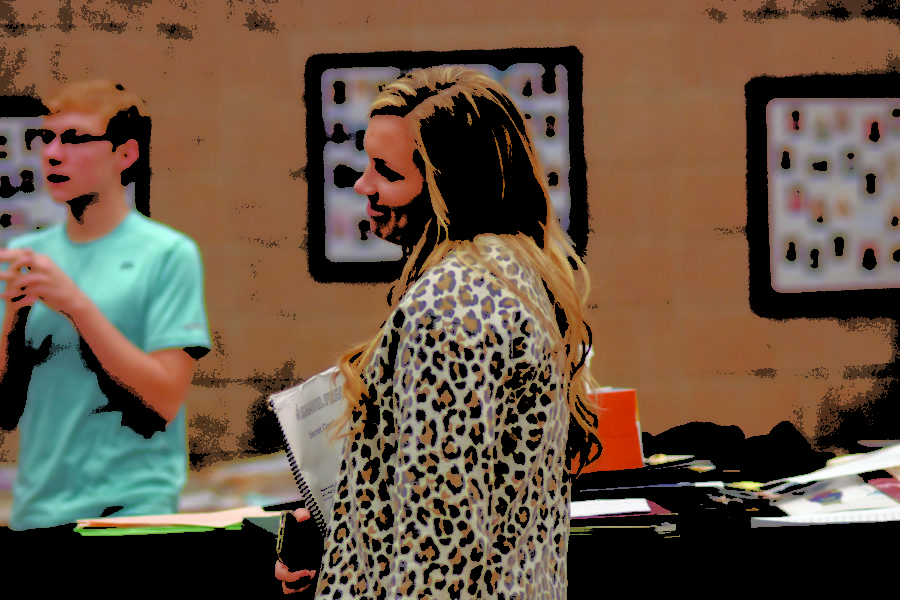 Senior Andie Peterson has been going all around the United States in the search for one chance that will define her for the rest of her life. She is looking for an opportunity. Peterson has now auditioned for eleven programs, of which include some of the top performing arts and theater schools in the country.

“My favorite part has been the people that I get to meet,” Peterson said. “All of the programs are so different, but I’m so glad that it’s like a really competitive thing to do. If I got into the last three that I’ve applied to I have no idea what I’d do because I love them all so much.”

Paula, Andie’s mother, is proud of her daughter and has been encouraging throughout the process. She says she has mostly just tried to stay positive, help Andie with time management and remind her she has to sleep too.

“Honestly, I just try to stay positive throughout this insane process,” Paula said. “We have been told that it is more difficult to get into a music theater program than it is to secure a spot in an Ivy League school.”

Senior Madison Inman has been a large source of support for Andie throughout her journey. The two have been friends for years, and Madison is happy for Andie, yet is sad to have to maybe say goodbye.

“I think she is doing great because it is a lot of work and time and money that she had to put into it and so it’s just been amazing to see it all pay off,” Inman said. “I could never do it, but I love supporting her through it, telling her good luck.”

Andie will have to wait for the remainder of March, and maybe up until April, for responses from some schools. She might not be able to make a full commitment until May 1 at the latest.

“It’s a long, stressful process, and on top of it all my friends know where they’re going and I won’t know until May 1,” Andie said. “So it’s scary but I’m just really grateful for what has happened so far.”