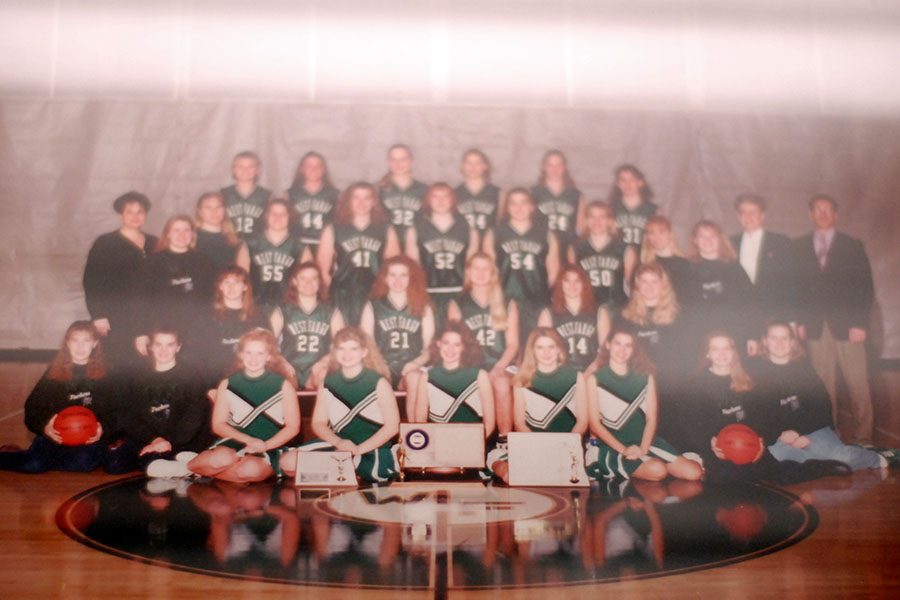 The girls basketball team with the championship from 1993-1994.

Every year West Fargo High School welcomes a new group of people into its “Hall of Fame.” This year there were four people and groups that were inducted this year. These included Kathy Scott, Tony Grindberg, the 1993-94 girls basketball team, and the 1993 football team. These new members all had a reason to be put into this group, whether it be winning a certain title for sports, or for just making the community better as a whole.

“There’s something special about when you do something for the first time, and that was the first football championship,” Gibson said. “It just was a really neat experience so it was well-deserved… The odds of us winning a championship with only 42 guys on the football team is not typical. That’s not gonna happen very much,” Gibson stated.

West Fargo sports were in high-gear in 1993 as the school’s girls basketball team had also won the state championship that year. Nikki Peterson, a gym teacher at West Fargo High, was on the team that year and has good memories of that year.

Kathy Scott was also inducted into the school Hall of Fame along with Tony Grindberg. Scott was a former teacher here at West Fargo High who taught Spanish, helped with teacher and student development, and won many awards. Geindberg is a former student here who now works as a Fargo City Commissioner.

Every year West Fargo High School recognizes citizens with close connections to the school who have done deeds to make this school more capable for today and better for students now and in the future. This year inducted 4 new groups and individuals who showed their Packer Pride in some way to change how we do things here at West Fargo. West Fargo High School inducts people into its Hall of Fame every year, and this year a group was inducted that advanced our school’s structure.