Happytime Murders: a movie to never spend money to watch

A movie to ruin all other crime drama movies 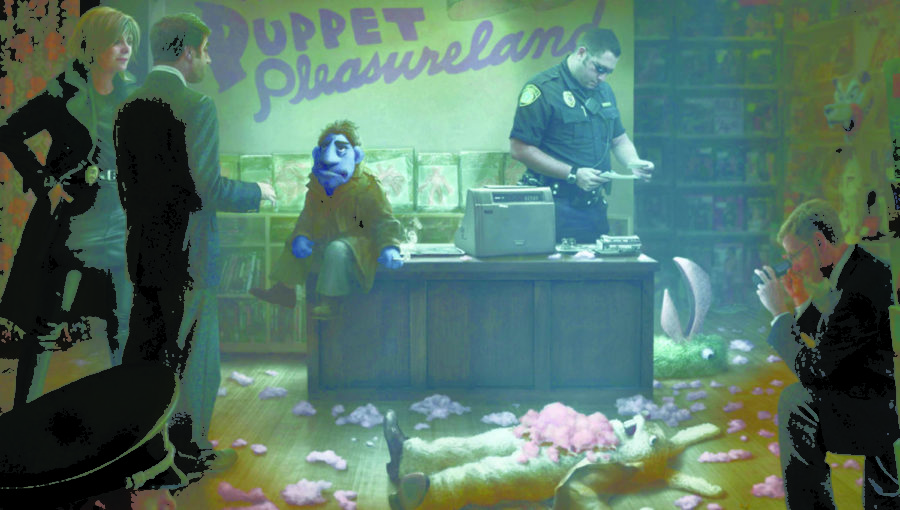 The movie “Happytime Murders” was released Aug. 24 and stars Melissa McCarthy as hard-as-nails Detective Connie Edwards, and Bill Barretta as a muppet private investigator named Phil Phillips. The plot revolves around the cast of an old television show called “The Happytime Gang” getting murdered by a mysterious figure. Phillips and Edwards are assigned to solve the case.

This movie definitely deserves its R rating, with swearing in almost every other sentence, very graphic sexual content and what is treated like graphic violence. There are puppets shown being torn apart by dogs, blown up, shot by guns and many other acts that would be unsuitable in a movie starring only humans. The main problem with this is not that it happens, but why and how it happens. In this movie things just happen to happen or they are done to get a response from the audience, whether it be being disgusted, confused or just weirded out.

There are many other topics covered in this movie such as incest, smoking, drugs and many different sexual acts. All of these are done very distastefully and it makes one wonder what kind of studio would have green lit a movie like this at all. The movie also heavily revolves around racism between puppets and people. Every joke made about the topic is done poorly and truly does insult the movements that fight for better treatment of minorities.

For a comedy movie, it did not have much to laugh about at all. It took roughly 35 minutes for a laugh worthy joke to arrive in the film and there were only roughly four even half-decent jokes told throughout the entirety of the film.

There has not once been a movie where I want to get up and leave, but this one made me stand up to leave or want to leave four or five times in the first 20 to 30 minutes. The quality of con

tent, story, character enjoyability were all too lost to be found.

There were many puppets harmed in the making of this film, but also many sets of eyes harmed while watching this movie.